40 million SEK will go to research involving civil society and speeding up a just climate transition. 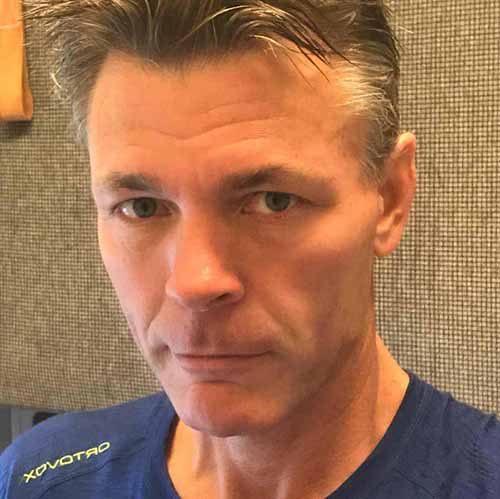 Mikael Karlsson, Associate Professor in Environmental Science, came to Uppsala University a couple of weeks ago when he assumed the new position of Associate Professor in Climate Change Leadership. Now he has received the excellent news that FAIRTRANS (Fair Transformations to a Fossil Free Future), a program proposal he has been involved in, has been granted MISTRA funding. 40 million SEK will go to research about the transition to a just and fossil-free future.

- It is imperative that we solve the climate crisis but it needs to be done justly. The climate change challenges all of our societal systems, and all of us, in Sweden as well as the rest of the world. Therefore, using scientific knowledge is crucial for the transition that is needed, but it has to build upon and be enacted in dialogue with actors from all sectors. That is the core of our program, FAIRTRANS, to let the research meet the surrounding world, enabling us to turn conflicts into synergies. In that way, those of us who work at the universities can help lead the way in mitigating climate change, says Mikael Karlsson.

Mikael Karlsson is part of the management team of the overall research program and will be the scientific manager for the largest of the sub projects (Co-creating fair transformations to a fossil free future) and will also participate in the other sub-projects.  A doctoral student will be hired within NRHU and researchers from other universities will also join alongside many other participants.

- A main task will be to examine the driving forces as well as the obstacles in the transition towards a fossil free just society. Which political decisions need to be made in order to speed up the process? What do the unions, the corporations and the environmental organisations think?  How can we create a broad and shared learning process? The answers to these questions will emanate in a broad manifesto when the program is wrapped up in four years time.

Another sub project deals with how different societal sectors can transform in accordance with a national emissions budget. Both fossil emissions and the carbon cycle in forests and agriculture will be studied. When it comes to areas that are more debated, such as bioenergy, efforts will be made to create a broader consensus.

- The debate around bioenergy is unfortunate. There is a large degree of unanimity between different researchers but in media and on the Internet the focus is often on the discord. Some choose to completely ignore the scientific knowledge. We want to research why this is and work towards identifying common approaches in order to bring forth a sound science-based foundation for decision making.

The program will engage several NGO’s, both on national level but also in different work places around the country. Climate representatives will be educated and there will also be public dialogues.

- I predict that we will gain some good exposure, both in the public debate as well as in our conversations with distinct, interested organisations. At the same time we will publish cutting edge reseach, that is the foundation of the program. So far we have received many positive responses. It feels like the world and Sweden is alert when it comes to the climate debate, Mikael Karlsson concludes.