One of the world’s most important weather systems to be examined. New grant for 595,892 SEK aimed at project trying to understand the history of the Asian monsoon. 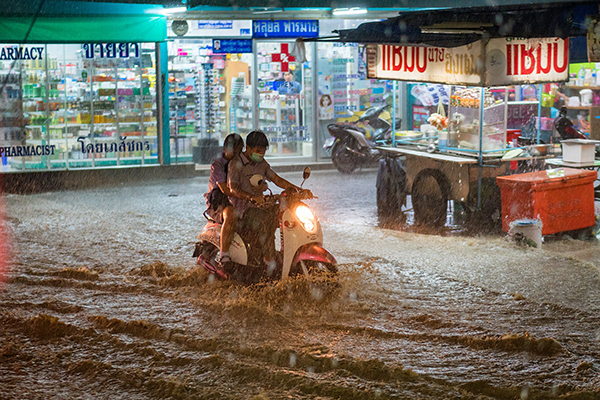 The department has received yet another grant; the Joint China-Sweden Mobility programme from STINT. The purpose of the project is to research the East Asian monsoon. The monsoon system brings both vital summer rains to vast areas of Asia, with huge global economic and societal consequences, yet also brings the threat of flooding and extreme rainfall. It has a long history of changes in strength and impact, but the phenomenon is only partly understood and although several theories have been proposed to explain the origin, process, strength, variability, distribution, and impact on society of the monsoon, it is still notoriously difficult to predict..

The project seeks to understand changes in climate over the latest part of the current Ice Age at the edge of the monsoon region, currently also a fundamental socio-economic dividing line in China. It is a joint project between Uppsala University and Nanjing University, with the Swedish group coordinated by Associate Prof. Thomas Stevens from Uppsala, joined by Dr. Bryan Lougheed, and the Chinese Group led by Dr. S. Yi of Nanjing, joined by Associate Prof. X. Wang. The project´s title is “The edge of the monsoon: understanding environmental change at the semi-arid and semi-humid transition in China over the past 130 thousand years.

- The grant is shared between the institutions in Uppsala and Nanjing so the Uppsala budget mirrors a similar amount on the Chinese side, making the grant effectively double this size. This will cover mobility, research and teaching development, and field and lab analyses in China for three years. The mobility is mostly for PhD students, and some staff.

What do you want to achieve with this project?

- This project aims to forge a lasting research, teaching and supervision partnership between Uppsala and Nanjing. Initially the scientific focus will be on understanding past changes in the Asian monsoon, a system that sustains two thirds of the world's population, as well as its environmental impacts in the recent geologic past. We hope to understand how past climate changes at the edge of the monsoon belt may have influenced a current population density and socio-economic dividing line in China. We also aim to improve the training and research opportunities for early career scientists and research students at both Uppsala and Nanjing, ensuring the research links developed in the project will be continued in the long term. 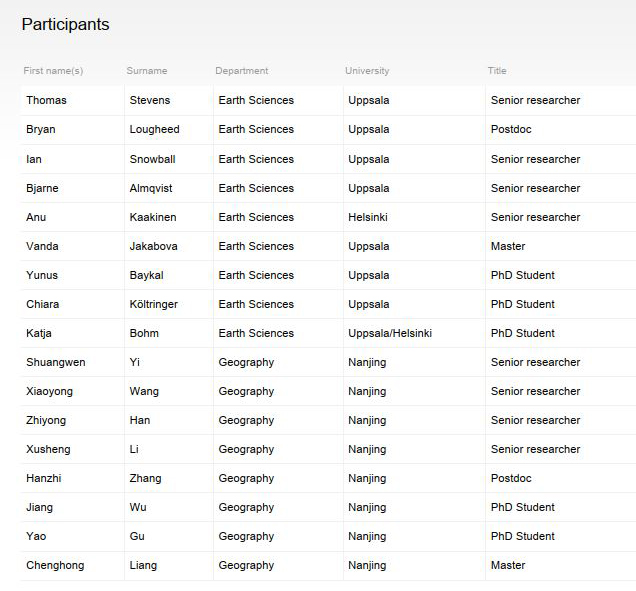 The overall aim of the project is to develop scientific research and higher education in the understanding of monsoon climate change, its past impact in East Asia, and hence how it could influence human societies. This aim will be facilitated by academic exchanges through joint research and education efforts between the Uppsala and Nanjing. The focus is motivated by the fact that climate change and its impacts in monsoon Asia are of major and global concern.

The Asian monsoon sustains 2/3rds of the world’s population yet shifts in monsoon rainfall and winds have caused some of the deadliest disasters in human history. Analysis of geologic archives of past monsoon records show that the monsoon has the capacity to shift state abruptly over decades to millennia. Should such events occur in the near future, they would be catastrophic for human populations.