A project measuring snow with the help of artificial intelligence (AI), Internet of things (IoT) and satellites has received 6 013 684 kronor from Vinnova.

With a changing climate and more frequent occurrence of extreme events, the snow condition across the world is changing, especially in the high latitudes and altitudes. In a brand-new project led by Jie Zhang, she and her colleagues will use AI and IoT to support the monitoring of snow, an important aspect when it comes to our drinking water and hydropower production. The project is a collaboration among Uppsala University, Mälardalen University and Umeälvens Vattenregleringsföretag. A Sami village will also be involved in the project. 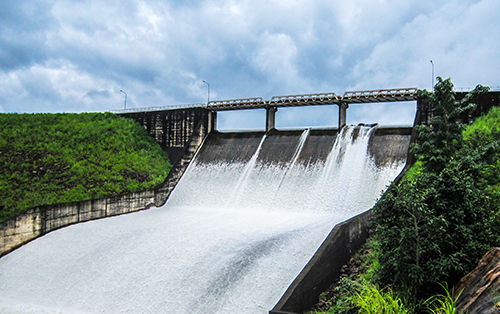 Can you tell me shortly what the project is about?
- The project is funded under the Vinnova call for ‘AI in the service of climate’. In this project, we plan to use AI, IoT and remote sensing observations to improve the estimation of snow water storage in Sweden.

What role does snow play in securing water?
- Snow is one important component of the hydrological cycle. Snow stores water in the cold winter and when snow melts, it recharges both the surface and underground water storage. As an important water resource, snow plays an important role in many aspects of the society, such as human drinking water supply, agricultural irrigation, hydropower production. In Sweden, this is extremely relevant considering the dominant role of hydropower in national electricity production.

Can you see a change in the snow conditions related to climate change?
- With a changing climate and more frequent occurrence of extreme events, we have seen changing snow condition across the world, especially in the high latitudes and altitudes. Using this past winter (2019-2020) as an example, Sweden experienced a very warm winter, and we saw much less snow in the Uppsala region as compared to previous years.

How will you use AI and IoT in you project?
- We plan to use IoT to develop a low-cost snow monitoring network, especially in mountain areas. Those IoT collected data together with other ground snow measurements will be serve as the snow ground truth to train AI (machine learning) algorithms to derive the spatial distribution of snow amount from satellites.

Read more about the project at Vinnova.