New mineral named after Professor at the Department of Earth Sciences.

Russian scientists have discovered a new mineral from Namibia and named it after Erik Jonsson. 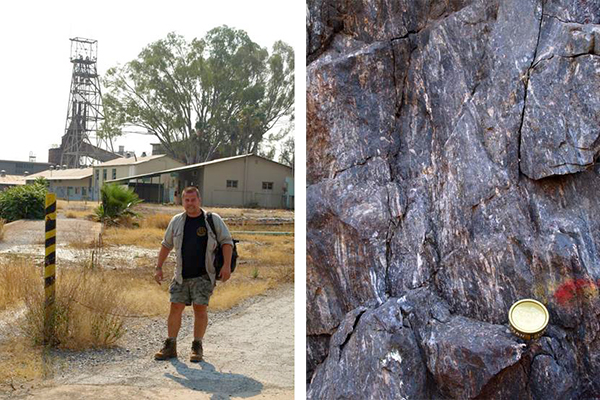 The new mineral "erikjonssonit" has been discovered and characterized by a research team led by Nikita Chukanov of the Russian Academy of Sciences. The mineral, which stems from a manganese-rich ore in the Kombat mine in Namibia, has just been officially been approved by IMA (the International Mineralogical Association), the International association that scientifically reviews, validates and regulates new mineral discoveries and mineralogical nomenclature. The mineral has been named after the senior geologist Erik Jonsson of the Geological Survey of Sweden (SGU), who is also adjunct professor at the Department of Earth Sciences, Uppsala University. This is the first time in nearly 40 years that a new mineral has been named after an SGU geologist. The new mineral is a vanadium-bearing lead-oxychloride found in a lead-enriched manganese ore from the underground part of the Kombat mine in Namibia, southwest Africa. The type specimen is now in the collections at the Fersman Museum in Moscow.

Over the years, the Kombat mine has been the source of several mineral discoveries, and its manganese ores are locally remarkably similar mineralogically to Sweden´s most internationally renowned mineral locality, the Långban mines in eastern Värmland (the western part of the Bergslagen ore province). Not least minerals of the lead oxycloride family  are among the more characteristic of Långban and related occurrences in Bergslagen. Operations in the Kombat mine, which has mainly been mined for copper, is currently dormant, but advanced plans for a re-start have been underway for some time.